You are here: Home / Leadership

W.L. Hickey is now in the process of transitioning from 3rd to 4th generation. This passing of the baton insures a tradition of family ownership and stability.

The company’s management, design, estimating and project management team have a combined 170 years of experience in the plumbing industry. 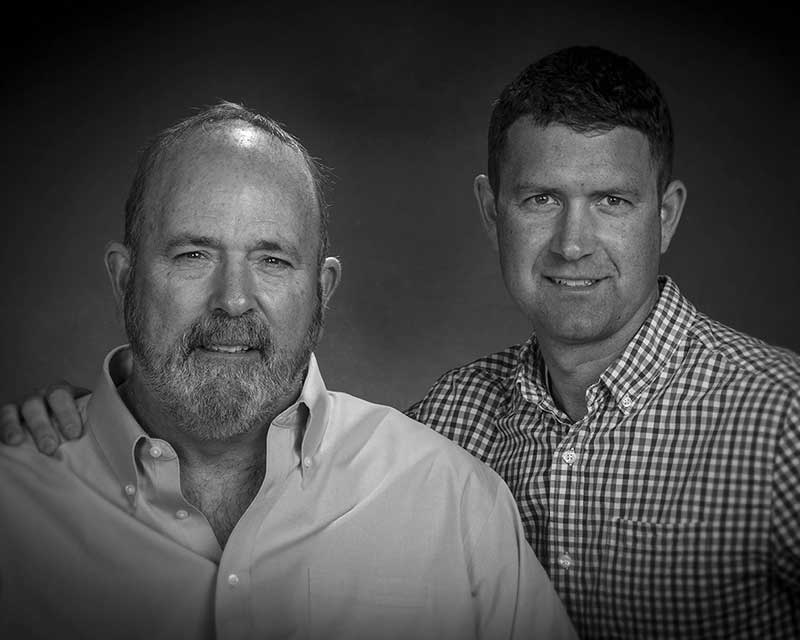 W.L. Hickey and Sons has been doing business in the San Francisco Bay Area for over 100 years. We've developed strong relationships with over the past century and our people are continuing to build trust with their deep experience and understanding of the latest techniques and technologies. Meet the key members of our team.

Edward joined the company full time in 1979. At that time he stepped into the role of purchasing agent. Over the years, he has worked with every department in the company either directly or in an advisory role. Along the way, he returned to school earning his Bachelors of Business Administration from St Mary’s College and then his MBA from the University of Phoenix. Having reached the role of President, he actively manages the company with his nephew Adam.

Over the years, Edward has served on a number of manufacturer’s plumber advisory panels including:

Along with these, he represents the company on the Santa Clara County Contractors Association board of directors.

He has represented the plumbing industry in setting standards with the California Building Standards Commission.

He has been instrumental in working with the contractors and owners to achieve LEED Gold and Platinum on a number of marquee projects.

Adam has been with WL Hickey Sons since 2005 as the Responsible Managing Employee (RME) and the Vice President on our Board of Directors. His experience in the Plumbing industry started in his youth working with his father, Michael Hickey on various projects for the company.  Adam’s educational background include an undergraduate degree in both Finance and Management from Oregon State University, related course work in Construction Project Management from UC Berkeley and UC San Diego OSHA certifications (OSHA 510 certification). Additionally, he is a CA BRE licensed Real Estate Broker. His diverse background helps navigate the needs of our clients from design, through construction and service needs.

Scott has over 26 years’ experience in the plumbing industry and has been with WL Hickey Sons, Inc since his apprenticeship. He has extensive experience in detailing piping systems and can coordinate clash conflict detection in whichever manner the project requires. Scott heads the department and is our lead participate in 3-D BIM MEPF coordination. He has works as a Building Trade Journeyman, Field Foreman, Estimator and Project Manager, Detailer, and Detailing Supervisor.

Jim has over 23 years’ experience the plumbing industry and has been with WL Hickey Sons since his apprenticeship. He has collaborated on system design and value engineering with mechanical engineers, general contractors and owners’ representatives. Jim is an expert in coordinating the plumbing (div 22 00 00) and hydronic (division 23 00 00) scope with respect to efficiency of design, schedule and budget. He has worked as a Building Trades Journeyman, Field Foreman, Area Superintendent, Estimator and Project Manager.

WLHS has Area Superintendents coordinating the field logistics of installing our systems. Our Area Superintendents collaborate with our Detailing Department and Project Management to ensure the plumbing system goes in efficiently and safely. We have long standing relationships with all the Bay Area Plumbing Unions and Building Departments. Our teams' experience in coordinating a schedule to incorporating changes into the design as the project pushes forward has proven to be extremely valuable to our clients. The average tenure for our Superintendent in the plumbing industry is 30+ years.

Interested in working with us on an upcoming project? Bring us on to the team early! We can help from conceptual budgeting and intelligent design. Is your project's proforma not penciling out? We can help value engineering (V.E.) your GMP buy out. Email our team using estimating@wlhs.com or phone us 408-736-4938. We look forward to hearing about your upcoming projects!